History of the Company 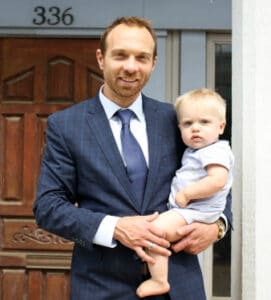 Attorney John Philip Milton Rutan is the Managing Attorney and Founder of Rutan Law. Rutan Law was opened up in November 2010. His legal career begin in 2002 while attending a paralegal school in downtown Columbus Ohio. After working and training as a paralegal in Columbus for 2 years, John moved to Fort Lauderdale Florida where he mentored and gained lawyering skills with the firms focus criminal, family, personal injury and civil law. In 2007 John left Fort Lauderdale to begin law school at The University of La Verne in Ontario California. Before coming to Ohio John concluded his law clerking and paralegal experience in the Public Defender’s office in Fort Lauderdale, Florida and San Diego California giving him a variety of experiences. John also worked for a family and probate lawyer during law school. John is admitted to practice law in Ohio State Court and in the United States District Court, Southern District of Ohio.

After focusing the majority of his earlier years as a lawyer in criminal law, John incorporated Family, Civil and Personal Injury. Family law became a passion of his when his ex-tried to steal his child. Instead of hiring a lawyer, he used his prior experience and to represent himself. Knowing the pain associated with someone taking your child for no reason, John had no other choice to incorporate that area of law into his practice to protect other parents. John is a “Father Friendly Family Lawyer”. He does not just have sympathy, but empathy because he has lived the lives of his clients.

John also included Civil and Personal Injury. He takes the same passion in seeking freedom and family as he does in vindicating civil wrongs and getting people the fair value for personal injuries caused by others negligent or intentional acts.

John also prides himself in providing personal attention to each client. When you call his office, you do not get a secretary, you get him. Texting is also a great option and he makes it a point to always try to speak to anyone in need the same day.

Contact the Law Offices of John P.M. Rutan for your case evaluation via email, text or phone call.