At the Law Office of John P.M. Rutan, we are there for you from the beginning investigations all the way to a final judgment, from favorable negotiations to aggressive litigation. Our firm prides itself in having the qualities competence, honesty and trustworthiness and we will provide you with a zealous and passionate representation of your rights. If you are charged with a violent crime you need an expert Ross County criminal defense attorney on your side. Violent crimes such as rape, murder and robbery are not as uncommon as one may think.

According to citydata.com, in 2010, there were 87 murders, 565 rapes, and 3200 burglaries in the Columbus Ohio alone. Here are some general definitions of these crimes and differentiate them from other crimes that they are commonly confused with. If you or a loved one has been charged with committing one of the following violent crimes you should hire The Rutan Law Firm, a Ross County criminal defense attorney, who will provide expert guidance as to what you should do .

Rape is defined as nonconsensual sexual intercourse. It is often committed through force, threats, fear or all of the above. Murder is the intentional unlawful killing of another that is committed with “malice of forethought.” As with rape, there are two main classifications of murder, first and second degree. A robbery is defined as using violence or the threat of violence to take property from a victim.

Robbery entails both theft and violence or the threat of violence.

These are the bare basics of three common types of violent crimes committed in Ohio. Violent crimes are the most serious of all criminal charges and can carry penalties as severe as multiple life sentences. If you are convicted of a violent crime, you will be facing significant fines and jail time. Even if your are found innocent of the violent crime that you are accused of, there will certainly be negative effects on your life educationally, professionally and socially, as your reputation has been stained by the mere allegation of rape, murder or robbery.

As a Ross County criminal defense attorney it is always our advice that you exercise your Miranda rights in full and remain silent. Then at the earliest possible moment, call The Rutan Law Firm at 614-307-4343. We’re available 24/7 to help you. 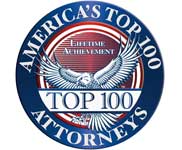