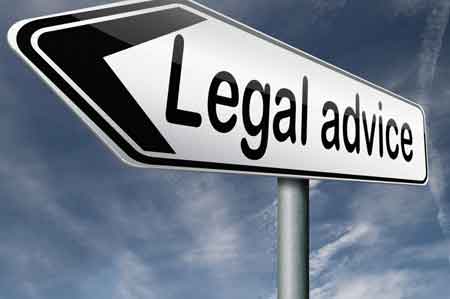 Assaults are quite common but severely punished offenses in the state of Ohio. Retaining the right Ohio Assault Attorney is necessary. We all know that situations happen where emotions are high and mistakes are made. Often, if you are facing assault and battery charges, you are instantly treated like a criminal, without being given any benefit of the doubt.

When facing serious assault charges in the State of Ohio, it only makes sense to have the best defense lawyer you can get on your side. You want to feel confident that the people you surround yourself with have your best interests in mind. We are committed to representing our clients to our very best ability and are dedicated to protecting you and your rights in the criminal justice system. Find out how our criminal defense attorneys can help by calling today.

Assault Crimes Defense Lawyers in Columbus, Ohio. In Ohio, assault crimes are broken down into four basic categories; simple assault, negligent assault, felony assault, and aggravated assault. A simple assault is when you were reckless or knew your actions could cause physical harm to someone else, including an unborn child.

Negligent assault is when someone was injured but you acted without the intent to purposely harm another person.

Felony assault occurs when you caused serious injury to someone and/or hurt or attempted to harm someone with the use of a deadly weapon such as a gun, knife, bat, tire iron, etc Aggravated assault is considered slightly less severe than felonious assault in Ohio, while the criteria is the same, if you were “under the influence of sudden passion or a sudden fit of rage” you may be charged with aggravated assault instead of the much harsher felony assault.

Any assault charge in Ohio is a serious matter and can be terrifying. If you’re facing assault charges in Ohio, you should immediately get in touch with an attorney who specializes in assault crimes. A lot of times the alleged victim has overreacted or lied. A Columbus assault defense lawyer that acts quickly on your behalf can be all the difference in having the case dismissed without the need for a trial. A lot of times the alleged victim will later take back his/her statement. Other times, the person just may have deserved it and our firm will demonstrate that. You can smack a child, but it must be reasonable. You can defense yourself, and other’s but that too must be reasonable.

In Columbus and throughout the state of Ohio the penalties for assault crimes can be quite severe. A simple assault charge could be considered a first degree misdemeanor and you could spend 6 months in jail and face fines up to $1,000.00. If you commit a negligent assault on another person or unborn child in Ohio and are convicted you could pay a fine up to $500.00 and do up to 60 days in jail. Felony assault convictions are taken very seriously in Ohio and could earn you up to 2-8 years in prison and fines up to $20,000.00. While the penalties for being convicted of aggravated assault could get you up to 6 to 18 months in prison and a fine up to $5,000.00. and defend your rights in court. Simple Assault – Laws & Penalties Assault, also referred to as simple assault, is considered a misdemeanor in most circumstances. Assault can be committed by:

Does this mean I can be charged with assault for something that happened on accident? Yes. If you acted recklessly and it led to serious physical harm of someone then you can be charged and potentially found guilty of this offense. For instance, if you are drinking and at a party when you decide to juggle knives, your actions could be considered reckless, particularly if you do not know how to juggle. If your juggling leads to the injury of someone, even unintentional, you can be charged with assault. In most cases assault is considered a first degree misdemeanor and is punishable by up to 6 months in jail and fines up to $1,000. Ref: ORC 2903.13

Negligent Assault – Laws & Penalties Negligent assault is one that is committed without intent. To be negligent means that through your neglect, harm was done. For instance, if you are a professional knife juggler and decide to juggle knives but neglect to take time to move back from your audience knowing the risk exists for a knife to go awry you are being negligent. If the juggling act ends in harm to someone, you could be charged with negligent assault. According to the law, negligent assault occurs when physical harm is caused through the negligent use of a deadly weapon. A common example of negligent assault is hunting accidents. Negligent assault is considered a 3rd degree misdemeanor and is punishable by jail time up to 60 days and fines up to $500. Ref: ORC 2903.14

Ohio Felony Assault – Laws & Penalties Typically a second degree felony, felonious assault can be committed in a few different ways. If there is probable cause (or a good reason to believe) that you committed any of the following, you may be charged with this offense:

Aggravated assault is when you: